Boaters Have Problems with the Time 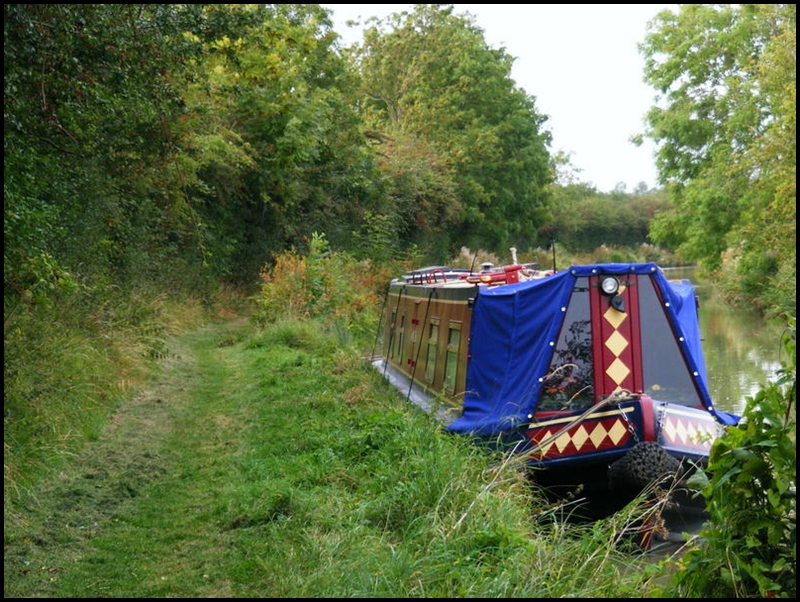 Not time in general, but the time. The hour of the day. We never know what it is. Many’s the time boaters greet each other with Good morning! at two in the afternoon. Or three. We were told early on that a boater who says Good morning simply hasn’t yet had his lunch. After lunch, it’s Good afternoon.

Why we don’t just refer to our watches, I don’t know. Though I’ve heard tell that fewer and fewer people are wearing watches these days, because they have a clock on their mobile phones. But boaters have to dig deep into layers of waterproofs and woollies to find those. So time eludes us. It’s also a fact that we rarely need to know the precise time. We think in terms of eating, going to bed and getting up from bed, of how long before… how long since… We rarely have deadlines to meet. Time is immaterial. But nonetheless there will be occasions when we’d like to know the time with some degree of accuracy.

I’ve invented the perfect clock to give boaters just the degree of precision they need. Imprecise.

Unfortunately, this clock of mine has to be electronic, battery-operated, so it’d be no good for the real traditionalist, who’d be much more likely to go for a brass, clockwork, ship’s clock. But, in my opinion, that clock would be far too accurate. My clock would have an LCD display to express the time in phrases such as:

It’s around lunchtime (any time between midday and two)

It’s a quarter to ten-ish (you get the idea)

Isn’t it time you had a cup of tea?

Time for a beer?

I’d have several different phrases to correspond with each time period, and they’d randomize so’s not to get boring.

For the fussy, there would be a button to press that would give them the precise time, to the second. What do you think?

I’d work on this idea if I had the time.

We do have a boater’s clock, though, one given to us by Grace’s sister and brother-in-law on the occasion of our Ruby Wedding Anniversary back in 2013. My invented clock deals with hours and parts thereof. But boaters also have a huge problem knowing what day it is. Especially those of us who are retired and have stopped thinking in work terms. This clock has a face, normal at first glance, but actually divided into days. It has just one hand. And it tells you just one thing. The day, with a rough indication of our progress through it. As I look at it now, I can tell you it’s roughly half past Tuesday. It’s brilliant. We look at it often. Every boat should have one. 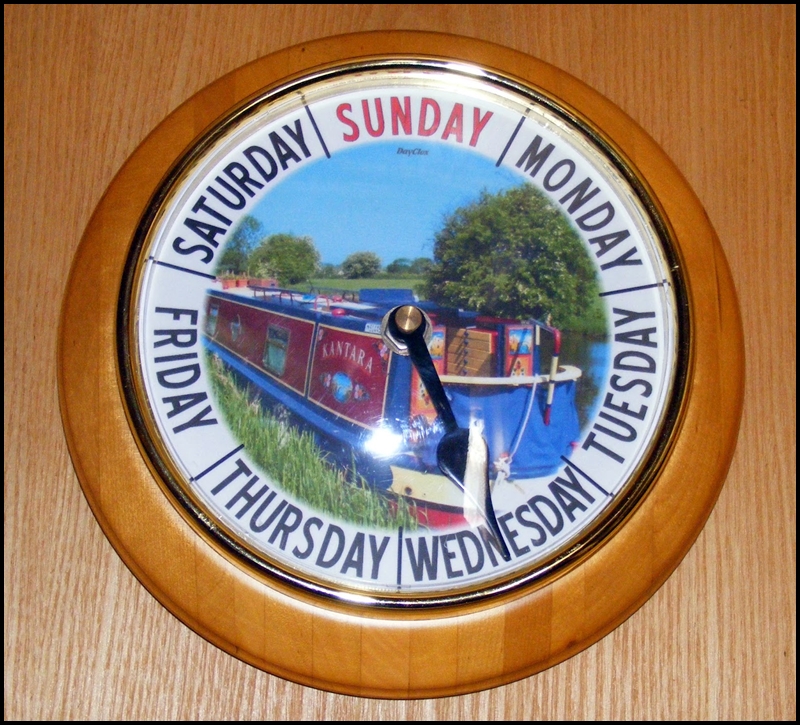 Albert Einstein said, “Time is an illusion”. I think that’s the experience of many boaters.