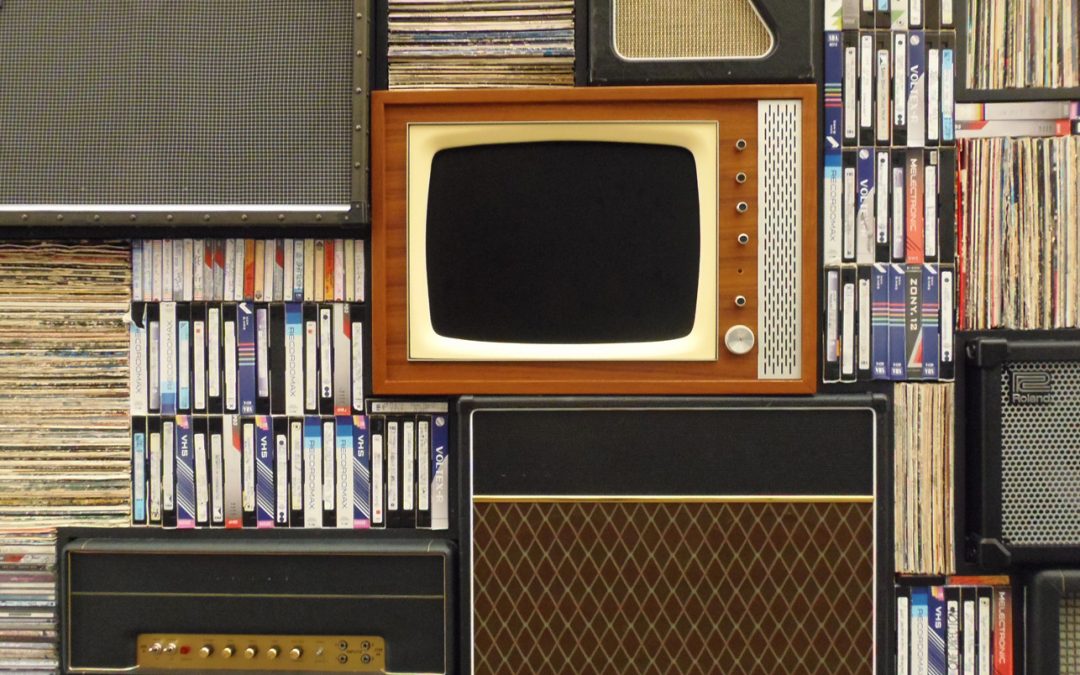 One may think that us ditch dwellers don’t have many creature comforts and technological gadgets, heck some don’t even realise that we can actually cook and take a shower aboard our narrow boats! Granted, most of us don’t have the room for that ultimate ‘man cave’ and can’t really justify having a 60″ TV that we sit three feet away from but that does not mean, with a bit of thought and innovation, we can’t have a decent entertainment and work system.

When we took the plunge and decided to actually live aboard our boat it was imperative that I had a space to carry out my graphic design work and actually have some sort of desk to sit at whilst I play with my digital crayons. I most certainly did not want to sit with my Macbook Pro on my lap all day as whilst it’s OK to do that when browsing the web or composing the odd email you can’t really do ‘proper work’ in that fashion.

Of course we also needed to be able to watch films (and TV at the time but we ditched terrestrial TV a while back) and binge watch series on Netflix et al. We could not really have a TV and a 4K computer monitor so we had to find a compromise and dished out some dosh on a snazzy new 4K monitor that also had plenty of inputs for TV tuners, X-Box etc. As a musician I also could not go without a good sound system as, after all, I was giving up my music studio in the house and a day rarely passes where I do not listen to some music. Apple to the rescue, seriously. We invested in a pair of Apple HomePods (yes a bit extravagant but I had to have a stereo pair!) and I have to say – wow, brilliant sound and plenty loud enough to rattle the windows. However, this came with a problem in that the TV (monitor) does not play nicely with them at all, well not easily anyway. So, wallet out again and Yamaha soundbar installed, which can also rattle the windows!

The next problem – space for a desk. To be honest there was no space so we had to find a solution and that solution must contain storage for my clothes and somehow turn into a desk. There was nothing on the market that I could find to achive this so I thought, bugger it, I’ll make or adapt something myself. Off we went scouring second hand shops for a chest of drawers of some kind that I could use as a starting point. We found one with four drawers and at that point I was not quite sure how I was going to make this work. First I took the bottom two drawers out and cut the fronts in half and hinged them so that the bottom half had a cupboard instead of the drawers to store the electrics and other stuff that needed hiding. I left the other two drawers as they were. We then bought a little set of drawers for socks and pants etc. to go next to it and then built a top unit to fix them together. In that top unit I installed a pull out shelf for my computer stuff and there we had it – a perfectly functional desk and storage unit all in one! 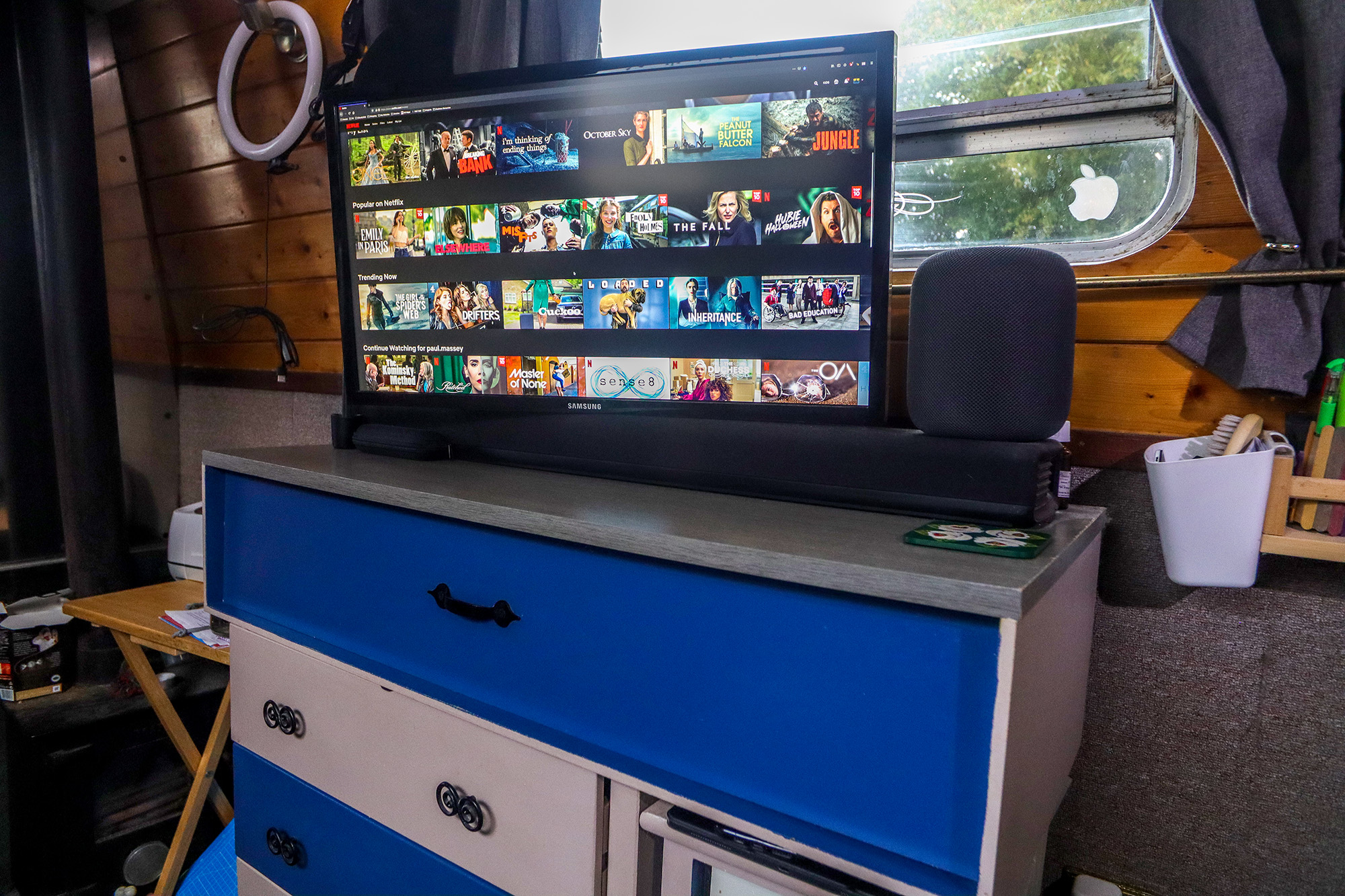 The work and entertainment system in ‘watch mode’ 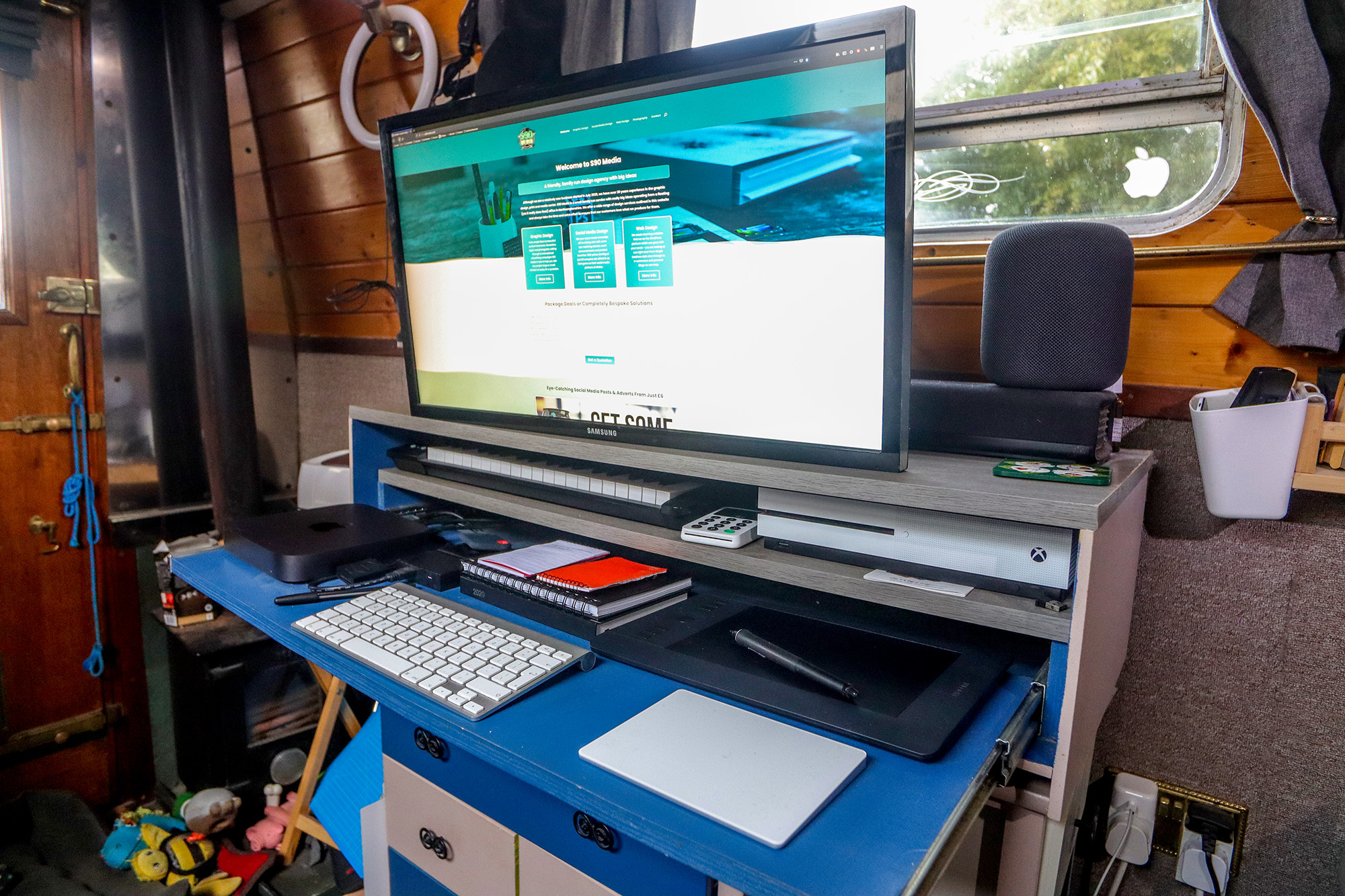 The work and entertainment system in ‘work mode’

It all works really well but what if the lady of the boat wants to watch something on Netflix or Amazon Prime etc and I need to do an illustration for work, catch up on emails, edit some photos or play a game or two? What if it’s the other way around and I really need the computer to hit a work deadline and my better half want’s to watch ‘Zombie Flesh Eaters’ on Netflix? Apple to the rescue again. iPad Pro’s. For me an iPad Pro was essential anyway for creating illustrations and other graphical content but it is also a great media consumption device and not a bad little gaming platform either with Apple Arcade. Add a keyboard and a mouse and boom – a diddy little computer! The lady of the boat also has one now as her Macbook Air was getting pretty long in the tooth and an iPad Pro suited her needs better. Problem solved. 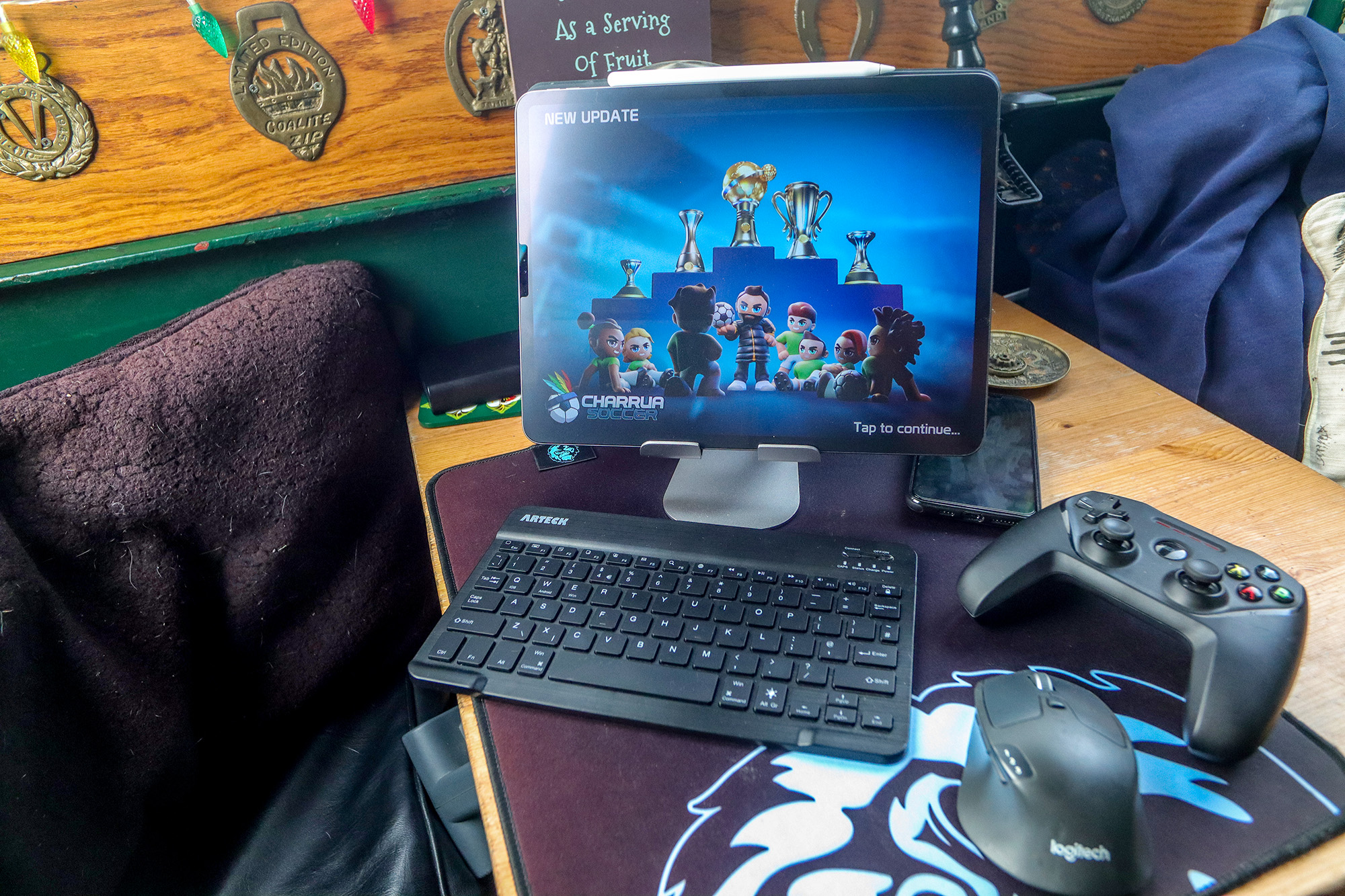 My little space in the cratch to get away from the Mrs!

At this point some of you may well be thinking ‘how the hell do you power all that stuff?’ The truth is we are on shore power most of the time and when we are out and about we have solar but certain things are banned. The obvious things like the microwave, the electric radiator, the electric kettle etc. but also we avoid using everything at once and the speakers only if absolutely necessary. Of course, as most of the gadgets we have are low power it’s actually not as bigger problem as one may think.

There is one piece of the jigsaw missing here which is the fact that all of our work and entertainment systems need the internet. It took us a while to find the best solution as one must take into consideration that in my work I am sending some huge files back and forth across the internet (some in excess of 1GB) on a daily basis and that requires a lot of data. There are a few unlimited data plans out there but be aware that using your phone as a hotspot on many of these plans is restricted and often speed throttled. You may not notice if all you are doing is a bit of Facebook and the odd YouTube video but trust me when I say this, when you are transfering heavy weight files to clients you do notice it big time. Luckily there are solutions to this now. Three HomeFi is indeed completely unlimited and comes with it’s own real router (not those little MiFi boxes) and works pretty well but does struggle a bit if I am watching repeats of Aston Villa thrashing Liverpool 7-2 on Sky Go and the good lady is watching Dawn of the Dead on Amazon Prime. Luckily the phone I use for business on O2 is also unlimited and does not throttle speed when tethered. Some may be thinking ‘goodness me that must cost a fortune’, well no, it costs around the same as our Virgin package did when we lived in a house, and that includes the subscriptions to Netflix, Prime etc.

So, there we have it. Living on a narrow boat does not mean you can’t still work and entertain yourself and you know what, we can actually cook and take a shower too!